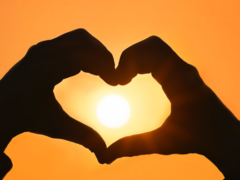 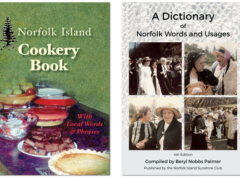 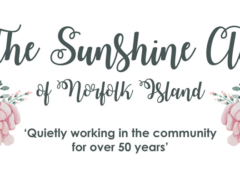 Working quietly in the community for over 50 years…

On 7 September 1961, a gathering of ladies met at ‘Waveney’ (the land area known today as Castaway) in the home of Mrs Kathleen Welsh, to found an organisation with a clear purpose of helping the senior citizens on Norfolk Island. It was Mrs Daisy Buffett who suggested the name: ‘The Sunshine Club’… to ‘put some sunshine into the lives’ of our elders, especially as there were no government social services on the island.

A formalised public meeting was held the following month, on 19 October 1961. It drew an attendance of 30 people; a committee was selected including those to hold executive offices:

The Sunshine club provided services to our senior citizens, not only financial aid, but also gifting blankets, firewood, food, assistance at home and social outings – in fact, if anything was deemed necessary and possible, the Sunshine Club provided it.

Over the past 56 years, ‘island wide’ support has continued consistently, quietly and effectively by the Sunshine Club. Including, in more recent times, the financial support being extended to those travelling off the island for necessary further medical treatment.

An annual ‘Sunshine Club cake and produce’ stall raised notable monetary funds, which were then shared to those in need, in our community.

A creative initiative, and in response to requests by visitors to our island, as they devoured dishes made of island recipes, a local cookbook was compiled and published; the ‘Norfolk Island Cookery Book’.

In 1986 Mrs Beryl Nobbs Palmer published ‘A Dictionary of Norfolk Words and Usages’ and following her passing, her husband, Mr John Palmer kindly donated the entire third edition to the Sunshine Club. Since then, a fourth edition has been published in 2015.

Together, the retail sales of these book publications contribute to our fundraising efforts.

The Minutes documenting the club’s meetings are written in our unique Norfolk language! The opening of the many thank you cards, during every meeting, from recipients of the Sunshine Club’s financial support, is a highlight of every meeting.

Ongoing generous donations received from many individuals, groups, organisations and island events illustrate the Norfolk Island community’s unstinting support of The Sunshine Club. It is greatly appreciated and allows the club to continue to provide assistance back to the community.

The Sunshine Club is quite possibly the sole community club on the island whereby the same person has held Executive and Committee membership for many, many years. Astoundingly, there has been just four Presidents since the club’s inception… almost 60 years ago!